“5 Things That Can be Done to Close the Gender Wage Gap”, with Deb Bronston Culp and Candice…

“5 Things That Can be Done to Close the Gender Wage Gap”, with Deb Bronston Culp and Candice Georgiadis

Gender bias starts when we are children. Boys are taught to take risks, fall down and learn to get back up. Girls are taught to be good and nice. This divergence carries through the workplace in terms of expectations for behavior. When women advocate for themselves they can be seen as being pushy. When women are in positions of responsibility and give negative feedback to a colleague they can be viewed as bitchy. This is a direct result of how we are socialized early on. It ultimately translates into how performance is measured in a way that perpetuates gender wage gaps.

I had the pleasure of interviewing Deb Bronston Culp, CFO at Declare. Deb earned her angel-investor wings as a Managing Director and co-head of Enterprise Technology at Golden Seeds. Deborah has amassed a career spanning 25+ years on Wall Street. Prior Deborah was a Managing Director and Deputy Director of Equity Research at Morgan Stanley. Prior to that, Deborah was led Equity Research at NatWest Securities (US). She spent 15 years at Prudential Securities where she managed and trained Equity Research analysts and was a top ranked consumer analyst for each of the 7 years she followed stocks. Deborah is a Trustee of UC, San Diego, a member of its investment committee and serves on the Economic Leadership Council at UCSD, She also serves on advisory boards o several portfolio companies and mentors entrepreneurs.

Thank you so much for joining us! Can you share the most interesting story that happened to you since you began this career?

This career has really been a journey over several decades. There are so many stories because I meet lots of people and everyone has a story. A recent one features a woman I have come to know who is super smart and very experienced. She tackles job after job exceedingly well and is highly accomplished. After she achieves success in a role she has taken on, she gets bored but is hesitant to ask for the next challenge. A group of us were talking with her and she lamented feeling unfulfilled at work. As the conversation progressed you could almost literally see the lightbulb go on in her head about how to resolve this. She mapped out a strategy and business plan, took it to her managers, created a new job for herself and is off to the races, with a ton more responsibility at her firm as a result. It was so exciting and inspiring to see her tackle this problem with such gusto.

I’d like to interject an exercise here for your readers, if I can be so bold. It’s short. All you have to do is identify to what degree you believe these qualities are an asset in a man.

Declare is a true startup, which means you often are juggling 20 things at once and responsible for the outcome of each. This was my first time working at a startup rather than investing in one, and there was more of a learning curve than I had anticipated. Most of my career prior to Declare was spent with large companies with immense support systems. A few weeks before my first Declare business trip, I looked at my calendar and realized I had no appointments booked for my visit to the Bay Area — I wasn’t even officially going, since neither my flight nor hotel had been booked.

At Morgan Stanley, all of this would have been handled by that support system, by my salespeople, EA, travel department, and so on. After the shock wave passed, I realized everything was now up to me. So, in true startup fashion, I moved on and got to work, booking everything I needed to. It was scary and funny and thrilling all at the same time.

After I left Morgan, I actively invested in early-stage companies led by female entrepreneurs. As an angel investor, coming from Wall Street, I really had no comprehension of how difficult it is to be as a founder, to build a company from a mere intangible. IT IS HARD. I have a new appreciation for all the entrepreneurs I’ve met along the way. One of my favorites is Rachel Carpenter, CEO of a company she co-founded called Intrinio (a financial data platform). She is tireless, brilliant and you never see her downbeat. I learn a lot from people like Rachel. My CEO, Beth Haggerty, has the same attributes. You have to stay optimistic in the face of extreme challenges to win. These women inspire me so much.

Opportunity: Women often are not considered for the same opportunities as men due to a number of factors including unconscious and conscious bias, lack of mentorship and visibility. Sometimes women do not have the same opportunities to work with the best clients or on the best projects or deals, which leads to stagnation in their career and a tendency to hit the glass ceiling.

Self Doubt: The lack of opportunity can be exacerbated by the propensity for women to raise their hands less frequently. Many studies have shown that women feel the need to check more boxes (~80%+) for the same job versus men who feel qualified for a job if only half the boxes are checked. Women need to give themselves the benefit of the doubt more often.

Networks: The vast majority of opportunities come from strong relationships — people thinking about you when you‘re not in the room. A recent Notre Dame/Northwestern University study showed that women are 2.5 times more likely to be promoted to more leadership positions if they have a close circle of other women colleagues vs women without that cohort. So a variety of networks is critical to success.

Declare is a premier women’s leadership network centered around professional development. We help companies retain critical female talent and help women become better leaders. Our courses focus on equipping professional women with the skills they need to be better managers, better advocates, and better performers, all while building confidence. A person who has these important arrows in her quiver is hard to ignore.

Over 800 talented, motivated, brilliant women are helping each other succeed. Peer-to-peer learning and support is at the core of what we do and because of it, our community has soul…it thrives because of engagement and passion.

Additionally, our executive search practice works with companies who want to improve the gender imbalance in their workforce. Over 80% of our mandates have been filled with highly qualified female or otherwise underrepresented candidates who have been placed in senior roles.

Can you recommend 5 things that need to be done on a broader societal level to close the gender wage gap. Please share a story or example for each.

Gender bias starts when we are children. Boys are taught to take risks, fall down and learn to get back up. Girls are taught to be good and nice. This divergence carries through the workplace in terms of expectations for behavior. When women advocate for themselves they can be seen as being pushy. When women are in positions of responsibility and give negative feedback to a colleague they can be viewed as bitchy. This is a direct result of how we are socialized early on. It ultimately translates into how performance is measured in a way that perpetuates gender wage gaps.

Change hiring and promotion practices. When a firm is considering hiring and promoting people, all the paperwork associated with those processes should be anonymized. When this happens many biases don’t have an opportunity to penetrate judgment. A stark example of this was evident when orchestras, typically male dominated, switched to blind (behind curtain) auditions. The percent of female musicians in the five highest-ranked orchestras in the nation increased from 6 percent in 1970 to 21 percent in 1993 after that change according to a Harvard case study.

Measure the current state of affairs and make the data public. Unless you know where specifically a pay gap exists, it is hard to fix. Start measuring where problems exist. In the UK, companies are required to report gender pay gaps. I bet a lot more managers are focused on the problem as a result. A problem is not hard to fix if you know where it exists.

Give men paternity leave across the board. Women bear much more than 50% of family and household chores, even in two-income families. We perpetuate this by not offering men the same time off as women for their family responsibilities. EY is a very progressive company. It instituted gender-equal parental leave three years ago and found it led to decreased turnover among its women, because women felt less stigmatized for having a family. Greater job tenure should translate into greater compensation.

Teach women that confidence and failure are good. Not being afraid to fail means you will take more risk and taking greater risk may lead to accomplishing more. Not all risks end in failure but if they do, the risk taker probably learned a lot from the process. It goes back to the age old saying, it’s not how far you fall that matters as much as how fast you get back up.

A few years ago, I went bungee jumping off Karawau Bridge in Queenstown, New Zealand. I was strapped into a harness and on a platform that hung from the bridge, ready to leap 140 feet. I told the technician to push me on the count of three. He told me he couldn’t. He said, “You have to jump.” So I did.

Sometimes you have to take those bolds steps yourself. We naturally procrastinate doing what we worry we can’t accomplish, but that anxiety can be your motivation. Doing what you’re scared of can help test your mettle and enable you to improve. Stop waiting for the push and just jump!

We are very blessed that some of the biggest names in Business, VC funding, Sports, and Entertainment read this column. Is there a person in the world, or in the US whom you would love to have a private breakfast or lunch with, and why? He or she might see this, especially if we tag them. 🙂

It is impossible to name just one. So, if I can be so bold as to name two…I’d love to meet Serena Williams and Ben Horowitz. I’ll book my trips in a nanosecond (and I won’t wait for my non-existent travel department either)!

Now let me go back and end with a similar exercise. Identify how much you agree that these qualities are an asset in a woman.

What do the differences in the answers tell you about what society teaches us?

“5 Things That Can be Done to Close the Gender Wage Gap”, with Deb Bronston Culp and Candice… was originally published in Authority Magazine on Medium, where people are continuing the conversation by highlighting and responding to this story. 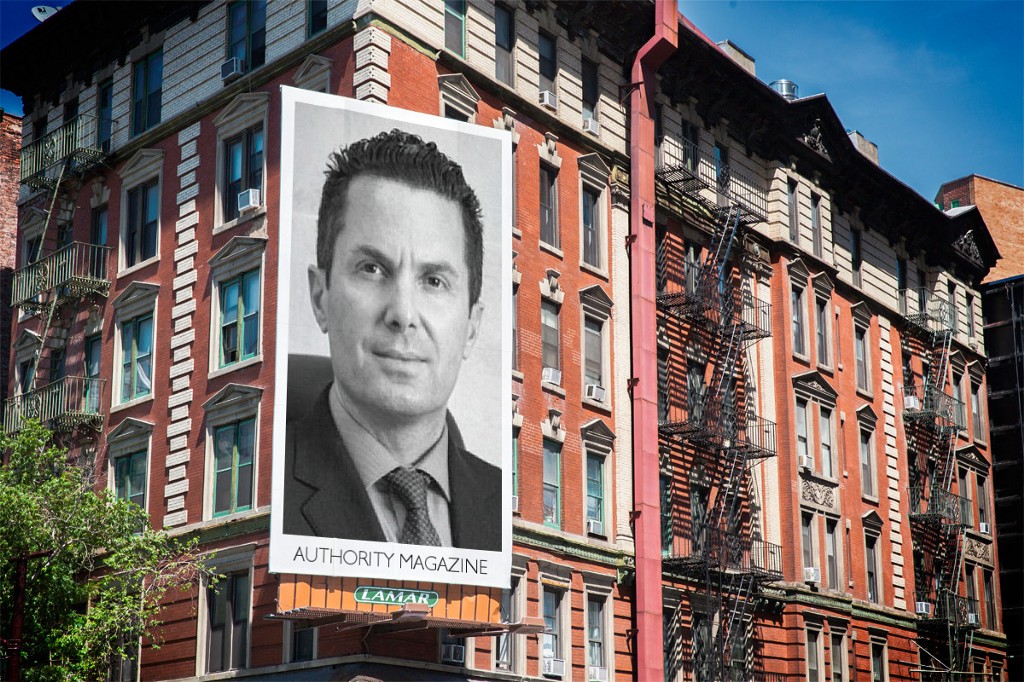 The Future of Travel: “Consumers are valuing experiences over ownership” with Marcos Constandse… 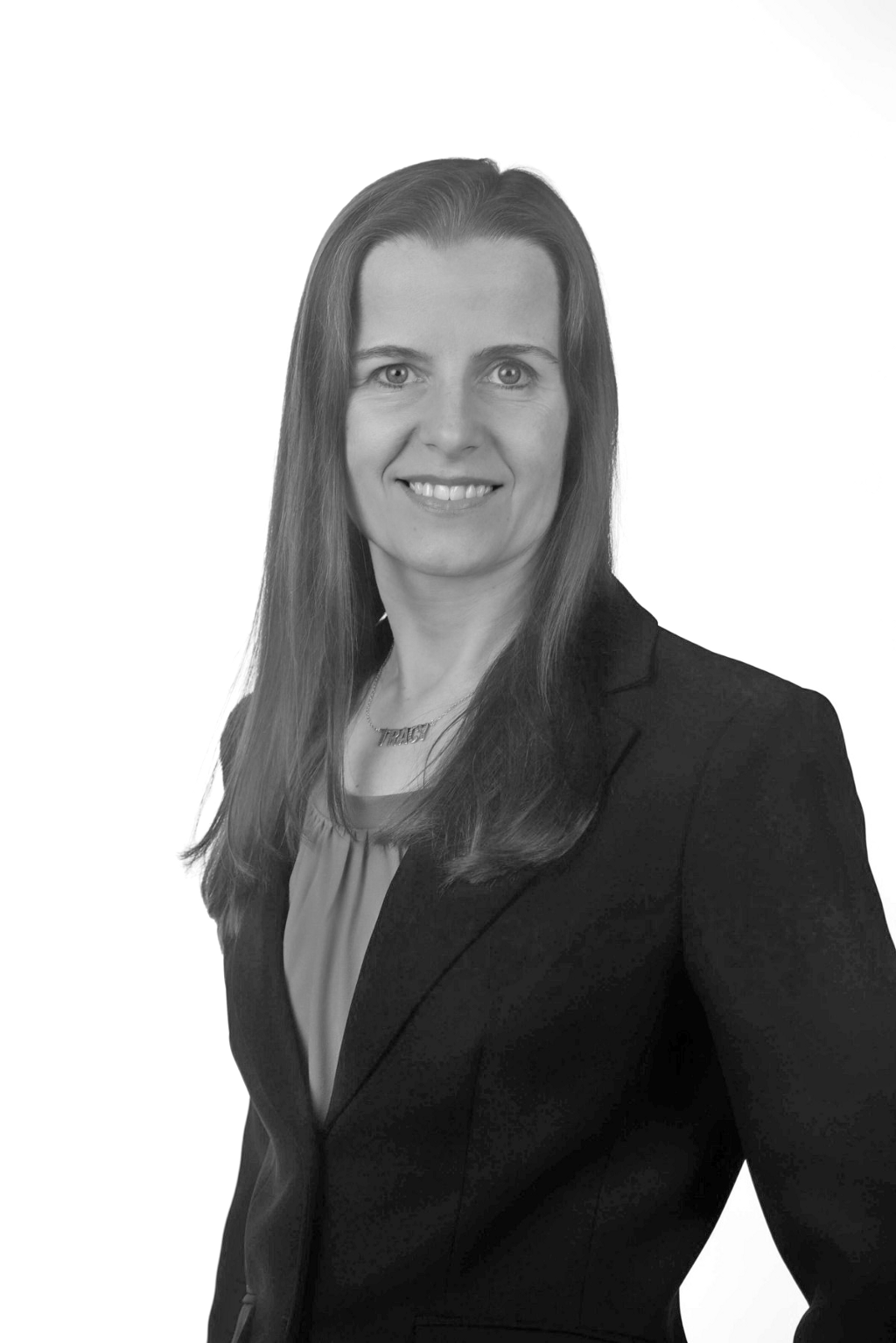 “5 Things We Need To Do To Close The Gender Wage Gap”, with Tracey Smith of Numerical Insights 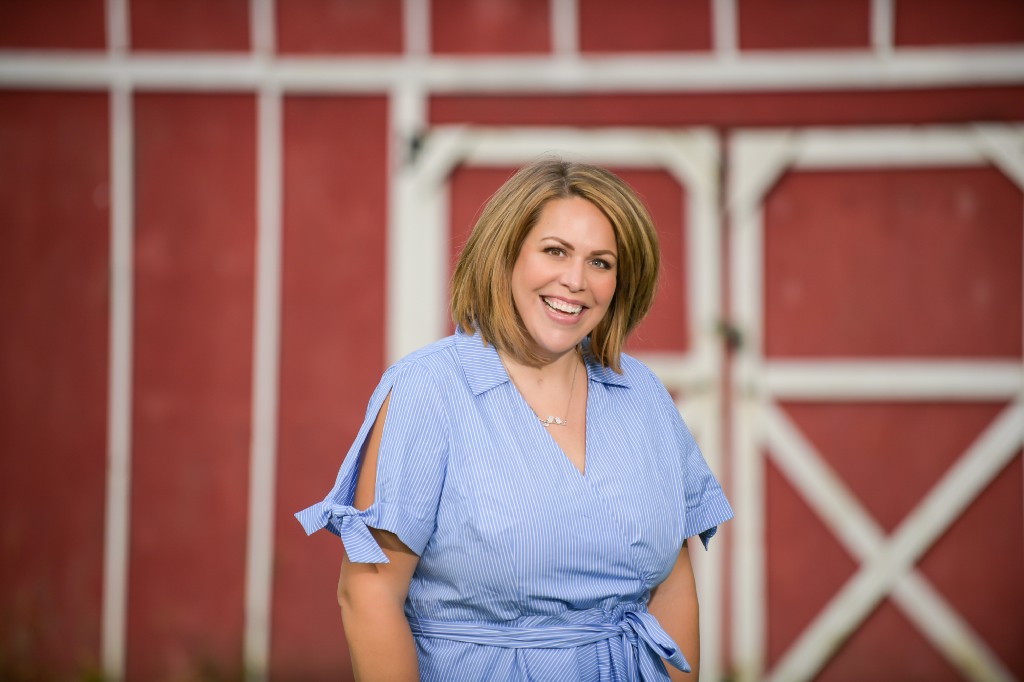 Author Charlena Smith: “Here Are 5 Things We Need To Do To Close The Gender Wage Gap”